Hydropower has been supplying Austria with clean and emission-free electricity for many decades. By using small hydropower plants, the economic advantages and ecological aspects complement each other perfectly. That's why ÖKOWind acquired the Neubruck small hydropower plant on the Erlauf river in the Scheibbs municipality / Neubruck district, thus taking the opportunity to generate electricity in an environmentally friendly and CO2-free way.

The generator and turbine used at the hydroelectric power plant are state-of-the-art and enable efficient use of the 8.7m drop height.

The architectural planning was done by Ms. Julia Taubinger, a certified engineer. This planning project enabled Ms. Taubinger to complete her final diploma thesis on "The role of architecture as a mediator between renewable energy solutions and people - the Neubruck small hydropower plant".

The new hydropower station is located at a historically significant site, where hydropower has long played a central role. The almost 200-year history of Neubruck symbolises the rise and fall of this industrial development. You can still trace the course of the industrial revolution here in Neubruck today.

At the site of the newly built hydroelectric power plant, there used to be a wooden weir with a diversion channel into the former Neubruck paper mill. It has been replaced by a modern and more efficient power plant. 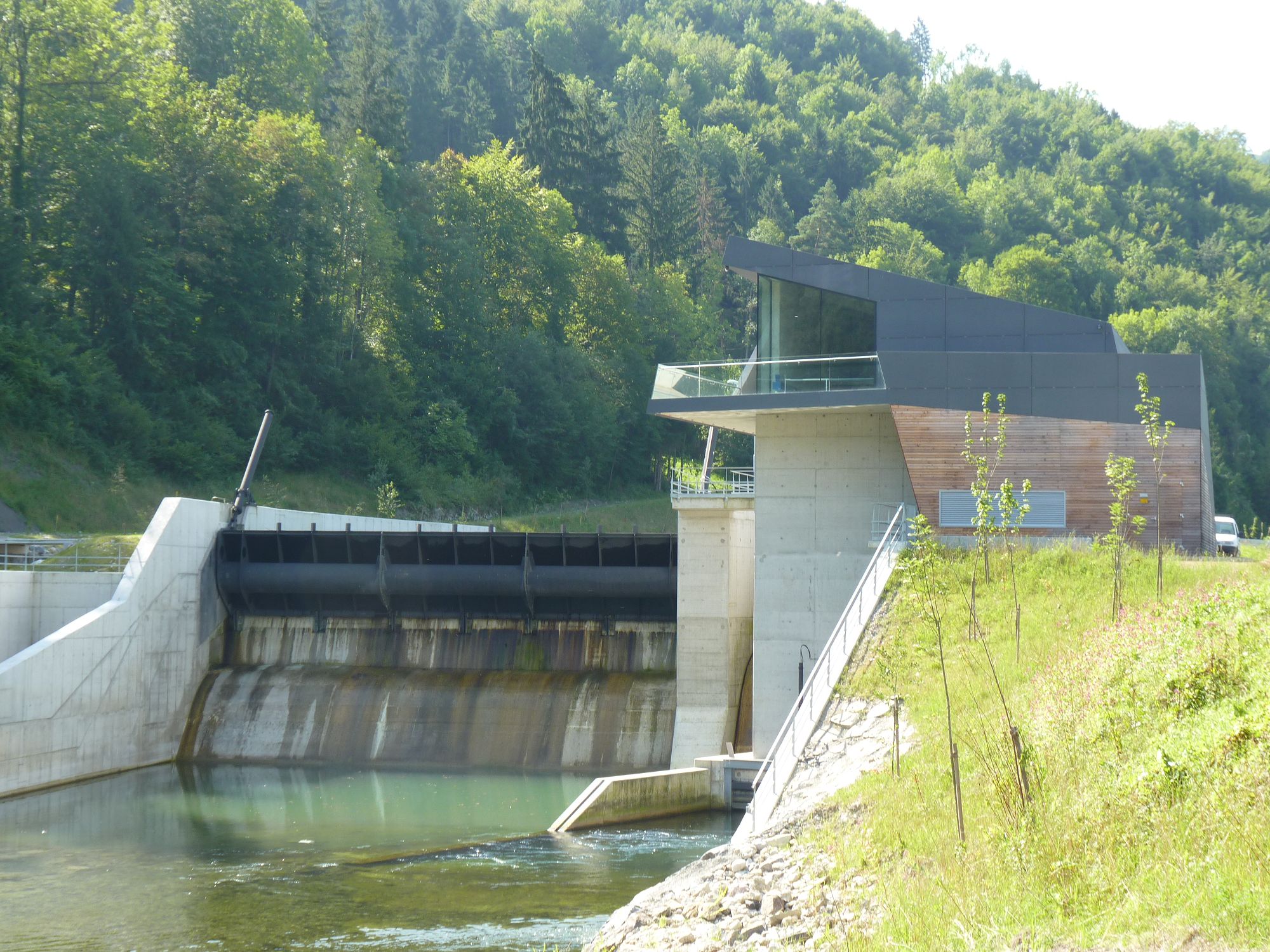 The initial excavation work began in October 2009 and shortly thereafter, the Erlauf was diverted. This diversion for the entire duration of the construction period made it possible to build the power plant in the dry.

The construction is a complete replacement building in place of the original wooden weir. Previously, the turbine was located on the factory floor of the former Töpper factory, owned by Mr. Andreas Töpper, which was formerly the Neubruck iron and rolling mill and later a paper mill. The newly built power house is located right next to Erlauftal Straße (B25) and the Erlauftalbahn railway.

The power plant was completed after only 9 months of construction and has been feeding electricity into the public grid since June 2010.

A great deal of attention was paid to ecological measures during and after the construction of the power plant to maintain harmony with nature. A state-of-the-art fish ladder was established to protect the fish population of the Erlauf river.